Every December for the last twenty years, I have made almond bread. The recipe is my aunt's from the NMAA Cooks Red Cookbook. (NMAA is Nursing Mothers' Association Australia, now called Australian Breastfeeding Association.)


I usually quadruple the recipe. I used to buy frozen egg whites but can't anymore, so I separated 20 eggs to get about 16 unbroken yolks and therefore 16 egg whites! 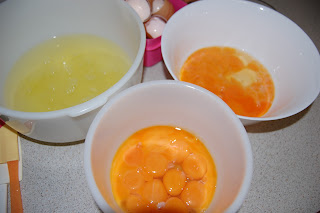 Beat egg whites stiffly.Works best with young helper. I used my handheld mixer. I would love a KitchenAid Stand Mixer to make light of the beating. 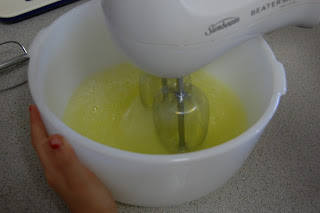 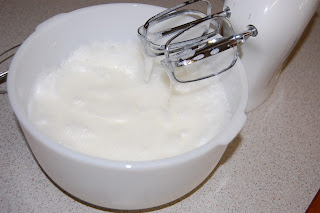 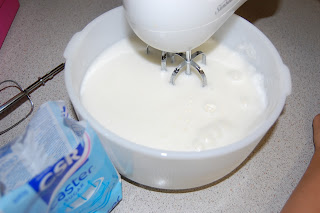 Fold in flour and almonds 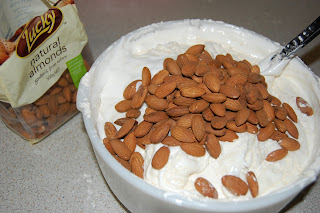 Pour into greased loaf tin/tins and cook in moderate oven at 180 degrees for 30 mins. 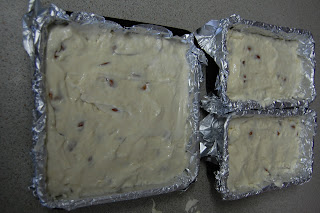 Once baked, allow to cool and wrap in alfoil and a tea towel.Place into pantry for a week. 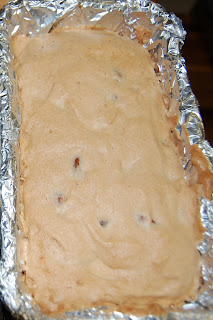 After a week, slice loaf very thinly with either a sharp knife or electric knife. 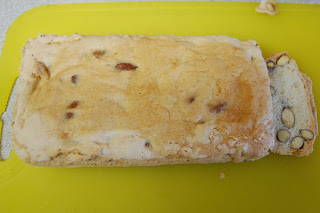 Toast in moderate oven until light brown and crisp. 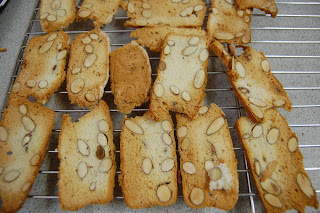 Store in airtight container, give as gifts or enjoy with coffee! For Christmas 2011 this is how I presented the almond bread as gifts. 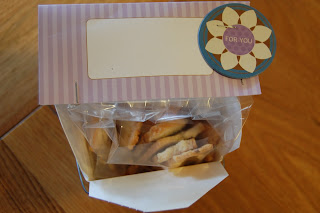 So there you have it, my almond bread recipe. Usually only made at Christmas time. Smiles, Alannah
Posted by Alannah at 7:50 PM

Alannah
Welcome to my blog. My husband and I have four kids, so there are lots of photos and memories to scrap. I do love to scrap in 12 x 12 format, and adore doing off the page projects. I use scrapping products to complete my "luvbooks" for friends and families, as a unique gift for parties and celebrations. luvbooks: custom-designed multi-layered keepsake albums and cards. I welcome commissions and luvbooks are completed to your specifications, or colour theme. Be yourself...everyone else is already taken. luvbooks